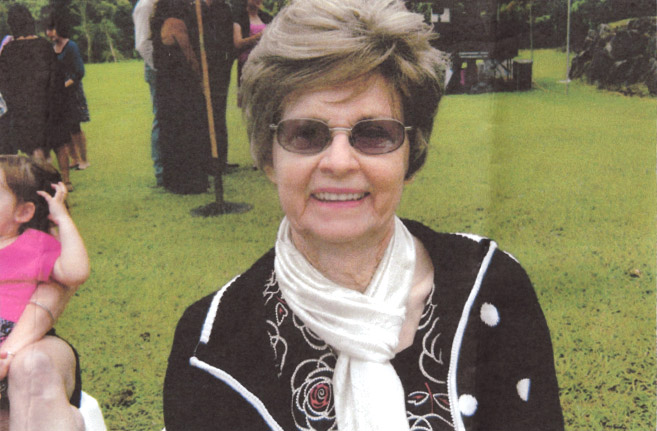 I was diagnosed in 1997 in my right breast, and had a mastectomy, but no radiotherapy.

Diagnosis of Secondaries – in April 2004 a lump appeared on my chest. This was removed, and I had 6 weeks of radiotherapy.

In the middle of 2008 I had a bad pain in my sternum. I also had a broken ankle at the time which didn’t help. Scans revealed cancer in my bones, and also in my lungs.

In January 2009 I started chemotherapy and Herceptin and Zometa, which seemed to be keeping things under control.

In April 2010 I seemed to be having trouble writing. An MRI revealed a brain tumour. I had an operation to remove it, followed by 4 weeks radium. The operation left me with no use in my right arm, but that has improved. I now still have Herceptin 3 weekly, and Zometa 6 weekly.

I am a trained nurse. I have worked the majority of my life looking after people and now people are looking after me. It’s been a roller coaster ride. I get up each day and try to do the best I can.

I had 3 sons, but I lost one son through a horse-riding accident. I have 3 grandchildren

For some products and services recommended by one of the women in the group, click here…