“This is not the end, it’s just the next bit”

What is advanced cancer

Advanced or metastatic or recurrent breast cancer results when the primary cancer cells have spread (metastasised) past the axillary (underarm) lymph nodes to distant parts of the body. It may be in the form of a recurrence of breast cancer, some years after the initial diagnosis, or found to be metastatic at the time of diagnosis. Metastaticbreast cancer can respond to treatment well, allowing remission for long periods of time. Many women live for years with metastatic cancer. The most common regions that breast cancer may spread to are the:

Although not as common as the above sites, breast cancer may also metastasise to the brain, ovaries, bone marrow and other parts of the body.

The main aim of treatment of metastatic breast cancer is to improve your quality of life by reducing any symptoms you may be experiencing. (A Guide for Women With Advanced Breast Cancer.) 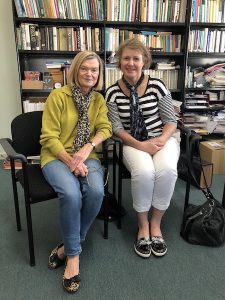 There are times when this group can be a difficult one to be in, when it is confronting. Women in the group do die; metastatic or advanced breast cancer is, after all, an incurable illness.

However, women who are in the group often comment that this is one of the few places where death can be discussed. Members have said that each time someone in the group dies, it allows others to think more clearly about their own death, and life. They have also said that when death is talked about in an open way, it makes it less frightening for everyone.

Despite this, or because of this, it is often a group full of fun and laughter. Women who are in the group often talk about a new understanding of how precious life is, making the most of it, and enjoying it. The connections that people make with one another in the group, and the resulting support that occurs out of the group are of great importance for women.

Who leads the group?

How do I join the Group?

Women find out about the group in various ways; from other women who are already members, from brochures for the group that they see in waiting rooms, and from breastcare nurses. Once a referral or enquiry has been made an interview is organised with the woman and, if possible, her partner, to talk about the group, and answer any questions. Any enquiries may be made by ringing

or email
the [email protected]

How does the teleconference work?

Those women who are able, attend the group in person, along with the group therapists. Women from around the state, or those who feel too tired or unwell to attend in person, ring in. There is a teleconference unit on a small table in the middle of the room, with a couple of spare microphones. Members arrive, either by telephone or in the group room, when it is time for the group to start. During the group members identify themselves when they are speaking. There is no cost for the call; membership of the group is free.

Women ring in from all around Queensland. For these women, some in other cities, some in rural areas, the telephone facility has been described as a lifeline. Women from Brisbane who on occasion may be unable to come into the group in person are also able to ring in, and attend in that way.