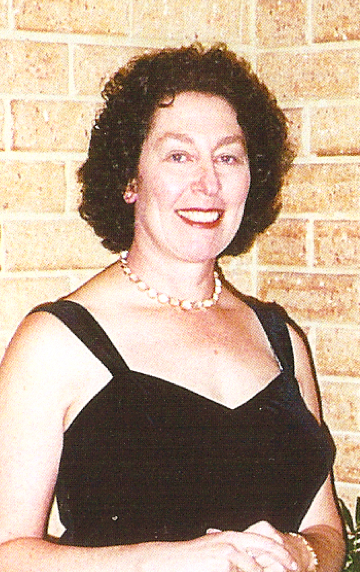 I initially had a mammogram in Jan 03 and was sent a letter by Breast Screen WA to see my GP for a proper examination as there was an area of “query.” I saw him in Feb and was told, “nothing there, see you in 12 months.” In September 03 I found a lump in my right breast, went to the GP, was told it was a cyst and he would drain the fluid out of it. After 6 attempts he sent me off for an ultrasound and FNA. this had to be postponed for two weeks because of the bruising of the failed FNA’s. It was finally done and I was told nothing to worry about, it was just “Cystic tissue”. In Dec 03 I had another small lump next to the original one and dimpling above the right nipple. Went to the GP and was told, ” just more cystic tissue and involvement of the Coopers Ligament”. At Christmas time I had chronic pain in my left shoulder and was told it was arthritis and treated with cortisone injections. March-April 04, another lump in the same area of the breast, another ultra sound,and told to phone in for the results, “I am giving you a 12 month warranty” said the GP and as I had been threatened with my life and had to leave my home of 28 years only the week before, to hear “good news” was a relief. June-July 04 I had spasms of pain in two specific areas of my back and asked for a referral to a back specialist, was sent for a MRI of brain stem and told all clear, its just stress. September 04 Lump No 4. THAT WAS IT. I needed another opinion now that my life was a little less stressful and I could think straight. I saw a different GP who agreed to send me to a specialist. I saw the specialist the following Thursday who did 6 core cell biopsies on the spot and also diagnosed me with Lobular cancer there and then. It was also in the lymph nodes under my armpit by then. That was Thursday, I returned on the Monday for confirmation of the diagnosis and to discuss my options. It was during this consult that my friend who had come with me mentioned my shoulder and back problems ,so things were put on hold until I had had some scans.

These scans occurred over the next few weeks, the results being that I had mets in 16 places in my bones, yes exactly where I had the spasms in my back and the pain in my shoulder, and the CT showed nodules on my aorta and lungs. My treatment so far has been two courses of Aromasin, one of Liviall, three doses of Epirubican (this was stopped as it was aggravating the situation), and Zometta continually . My latest bone scan showed continuing spread in the bones and we are now considering Taxitare. I lived in Armidale NSW last year (to be near part of family) and was sick for 6 months before my gall bladder was removed in December. The gall bladder, duct and lymph node were removed. All had single cell clusters of lobular cancer in them even though the CT scan that I had had the week before showed nothing in that area. My latest update is that I am now not going onto chemo, but onto Tamoxifen for a few months and then see if that makes any difference. The specialist reasoning is that chemo will only leave me weaker, because of the side effects, and there is no harm in trying Tamoxifen first.

I am 53 years old, was born in WA, and moved to Sydney when I was 2. I came back to Perth in ’76. I worked with Telecom for most of my working years in WA as a Draughtswoman, in the Mechanical Engineering Section, as that was what my qualifications were in. When my 2 children were born I diversified and worked part time for a local surveyor for 13 years. I was married for 24 years and that came to an end in 1997. Prior to my diagnosis I lived with a fellow in my home, we had a relationship for 4½ years before the abuse was too much and I walked out before it was too late, in April 2004. I moved back to Sydney to be with family after my diagnosis in Nov 04 and have now come back to be to Perth with my true support crew.( RON )

To say that I am a little sceptical when it comes to doctors is an understatement. Lobular cancer seems to be a bit of a tricky bugger but that is no excuse for the treatment or lack of that I have endured over the last few years, Considering I was originally told “maybe 6 months”, then 2 years, it is now two and a half years and I hope to have another 2 in me still. Craftwork, contact with other survivors and fightors, and a good support crew will hopefully see this wish to be true.

While we are not in a position to endorse this, a group member has  previously used this travel insurance company, which claims “any condition considered”.  To explore further, click here