Home / Members / In Memory Of / Lesley 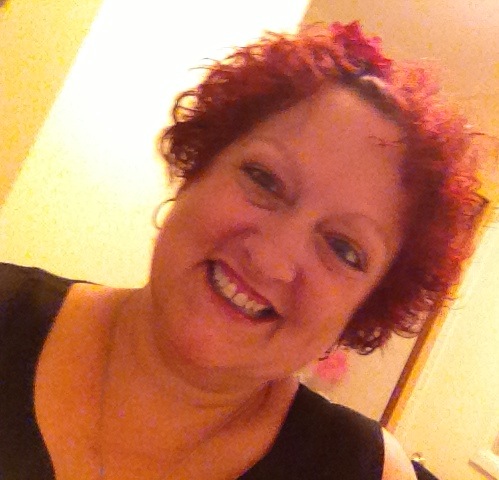 Hello. My name is Lesley R. I am 44 years old and have had cancer for the last 7 years. The journey into the unknown began in December 2005 when I was diagnosed with breast cancer. I had two 5 cms lumps in my left breast and as surgery would reveal, 6 of my lymph nodes were also invaded.

I choose a mastectomy and TRAM flap reconstruction at the same time. I was treated by a wonderful medical team, Dr Chris Pyke, Dr Anthony Kane and Dr John MacIntosh. After a 5 days stay in hospital and 2 weeks to recover, I began 8 rounds of chemotherapy @ one week on and then three weeks off. I am unsure of the drugs given as I left that to my medical team to decide the best course of action. Once chemo was done. I completed 28 rounds of radiation with Dr John Ramsay. So about 8 months after the original diagnose I was considered cancer free. All I needed to do now was take one tablet a day, Tamoxifen

Little did I know that while I thought this was the end of the journey, it was just the beginning.

So while I was cancer free, I took sometime off work and just slept for what felt like 3 months. I left a relationship that had gone stale, I changed my job to something with less stress, I brought a golden retriever puppy, Cooper, and we walked and walked and walked. I became healthier, happy and lost about 12kgs that I had put on over the treatment period. It was also at this time that I met my now husband, Iain. Life was good.

In August 2008 while having a regular scan, Dr MacIntosh let me know that the cancer had come back in T8 in my spine. It was a small lump about 2cms and was on the outside of the bone which I was told was a good thing. To help my body out, I began 24 rounds of Zometa. This knocked me around a lot. I wanted to keep working as the Zometa was given every 6 weeks so I had time to recover. My weight slowly came back on as I was not able to do as much as before. Life became harder and I started to feel a significant amount of pain

The cancer remained stable for about 2 and a half years

In September 2011, again after a regular scan, Dr MacIntosh advised that the cancer had spread to my liver. Again, a small spot about 3 cms around. In this instance, Dr MacIntosh decided to do a PET scan, just because it gave a better picture of the bones. After this was completed another 12 spots were found through my spine and pelvis. The pain had been increasing slowly but I never thought it would be another cancer spot.

So we began chemotherapy again. This time much more aggressively. The treatment pattern was once a week for 3 months. This took all the energy I had left in me and recovery was a long and hard road. I think it has taken till about 3 months ago to where I feel like I am getting better. The best news is that the spot in the liver has gone completely, however, the spots in my bones have become more aggressive and causes much more pain as the days go on. I have been taking Femara since 2008, however, my tumor markers have been increasing for the last months so it has been decided that the drugs are no longer working and a change required. I will start Everolimus in a couple of weeks to see if this is of any assistance to me.

The pain and the aggressiveness of the cancer is concerning me now. There is not many parts of the day that I do not feel some type of pain. This is making life a little hard at the moment. The type of activity that I can and cannot do limits what I can do each day. This is very different from how I used to be. I miss the person I used to be and am not quite used to the person I am becoming, There has been a lot of bad days and a lot of good days over the past 7 years.

If you have mouth ulcers try a mouthwash of baking soda in warm water.