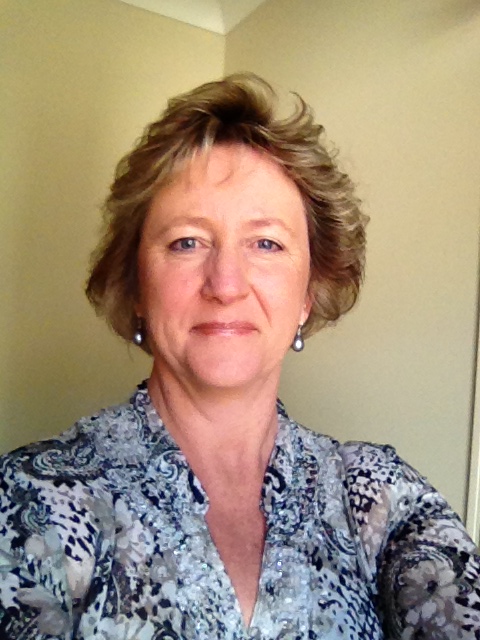 Jumping in the shower, Monday 23rd of May 2016, as part of my daily routine to prepare for work,

I instinctively had a sinking feeling, as my maternal grandmother had had breast cancer, and even though I’d been vigilant with regular mammograms,

(My next Bi-annual scan with the Breast Screen bus was due in September) this was a definite lump, and became my top priority.

The young technician stating that “we’ll be the judge, if a biopsy is required”, returned 20 mins later to announce that there were two lumps in the left breast, that would be biopsied and a lump in the lymph gland under the left arm, that would require a fine needle biopsy, a total of 8 aspirations were done, they bent the needle on the first attempt! He wished me GOOD LUCK on my departure.

I was in shock and acting instinctively going to work each day as a welcome distraction, I am a branch manager for the Heritage Bank, at the Crow’s Nest Community Branch, this has been my place of employment for the last 15 years, attending a Manager’s Conference in Brisbane on Wednesday 1/6/16, I had to try and focus…. while on the inside my world was unravelling!! Thursday 2/6/16, my boss gave me the best performance review of my career, and I gave him my news!! Amazing how quickly priorities can change!!

Later that day, my doctor gave the lump a name “Cancer”

Friday 3/6/16, I went to work and delegated all that was on my to do list, packed all my possessions in a box, and shared my news with my staff, a box of tissues later we said goodbye,

I didn’t know if this goodbye, was forever, temporary, or what……….. And I still don’t know, my current medical certificate takes me to the end of January 2017…….. Watch this space?!!

Next was a referral to the surgeon for a mastectomy, he scheduled a barrage of tests, before surgery the following week.  Two days later he phoned me at home, to tell me that I had

“Spots on my bones” and that I had an appointment with an oncologist (instead of a mastectomy, I received a Portacath ). To say I had a meltdown would be an understatement – what did

he mean spots on my bones, what did this mean, was I a lost cause, not worth surgery,  was it only a matter of time, OR WHAT…… I located a card for the breast care nurse that had been given to me at a prior appointment (THANK GOODNESS) and she help calm my hysteria (poor woman) over the phone.

During the meeting with oncologist, I happened to mention a concern I’d had about my bowel, although a gastroscopy had given the all clear!  She decided to also request a barrage of

tests, including a bone biopsy of the pelvis, and another gastroscopy but with a biopsy of the bowel wall.  The results proving she was right, cancer there also.

I had my 50th birthday in April of this year, I’m the eldest of two, my brother is two years younger than me.  Our father died when I was 16, and my mother has had varying degrees of mental illness,

as their EPOA.  This diagnoses has had a traumatic effect on a lot of people, the ripples were tidal waves, there for a while.

I enjoy gardening, and helping people, this is what I enjoyed most in my employment.

meeting people, helping them with their hopes and financial dreams.   Training staff to exceed their own expectations, and being a major contributor in our local community.

I fell in love with and married my best friend, Michael in 1985.  We have been blessed with three wonderful children – Katie, 28yrs old, who lives and works as a social worker in Alice Springs.

Ashlee 26yrs, is our second daughter, who just married the love of her life, Brendan on 15/10/16 and lives between Meandarra and Tara on 2000 acre beef property.  Our 22yr old son Shaun, who is working in central north Queensland on 80 000 acre beef property, is also a qualified butcher.

Michael works for Ahrens in Goombungee, and is responsible for delivery and quality control of grain silos and field bins.

We also have 200 head beef cattle property situated at Haden and Ravensbourne.  This is our passion and requires regular mustering using horses (which I’m now not allowed to do anymore), fencing and weed management.  Michael is also a volunteer rural firefighter, a role that’s becoming more in demand each year.

I have been very fortunate to have undertaken some overseas travel.  I’ve been to Japan, Italy, Venice (for carnival), Dubai, Canada to see the polar bears at Churchill, and the Grand Canyon in the US. Michael and I went to New Zealand for my birthday this year, and next year we plan to cruise the canals of Amsterdam departing 6th April 2017.   This was our hope to rear our children to be responsible members of society, let them worry about the farm, and run away to explore the world, let the adventure begin!!