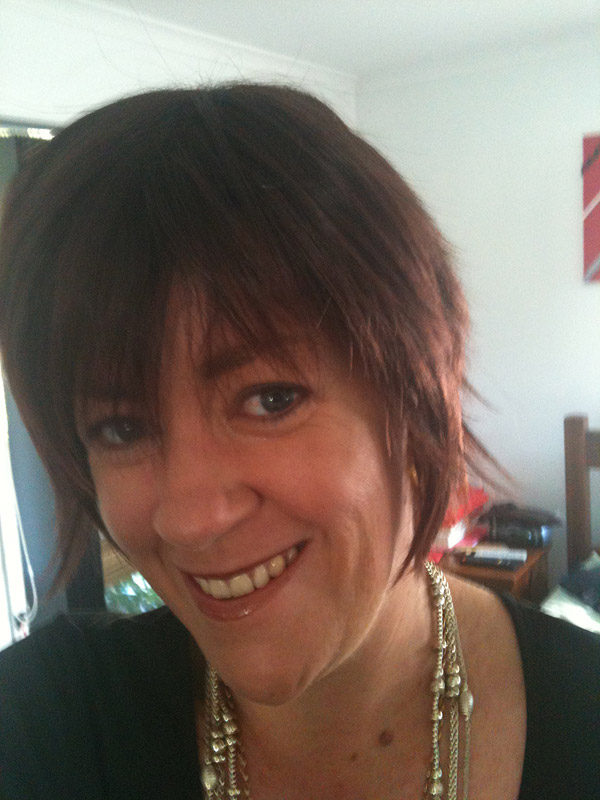 My journey or as I like to call it, ‘my trip to hell with no way back’, began in May 2012. I was watching a lump in my left breast for quite some time, I am not a person that thinks the worst in any situation so I rationalised it with these few thoughts:

I woke one Saturday morning in May 2012 with my left breast swollen and distorted, my initial reaction was panic as it was not in line with my cycle as per normal. Strangely, my left eye was sore and swollen also so I again rationalised it to be a bite of some description so I used a combination of ice and heat to reduce the swelling and by Sunday night all was back to normal. Phew! I thought to myself. Monday morning I got dressed for work and by the time I got to work my left breast felt like it was on fire, throbbing, swollen and I was almost screaming in pain. My boss made a Doctor appointment for me for Wednesday and when the Doctor saw my breast an emergency mammogram was ordered for the very next day with an ultrasound as a follow up.

The mammogram was not very successful as the pain when they pressed down was too intense and it was preventing them getting a close picture. However, the ultrasound told a completely different story. I hadn’t even left the Medical Imaging suite before my mobile was ringing and they told me I needed a biopsy the next day. I went home still thinking all was ok, went to work the next day when my GP’s office phoned asking me to go and see her before I go to the biopsy. I told myself that she only wants to calm me down as she must be worried about my emotional state and all is ok. Stupid me – how wrong could I have been?

My GP told me the ultrasound showed a solid mass with its own blood supply – I was still totally unaware of what that meant – then she dropped the bomb, it means cancer. I immediately shut down, I only heard about every fifth word she spoke. I still had hope the biopsy would prove them wrong. Wrong again……I was totally striking out.

I was sent to a surgeon for the first consult who ordered a CT and bone scan. I was stupidly really positive that I only had primary breast cancer and we will chop the bad breast off and all will be good again. I was read the results: Liver – clear (I did a silent victory dance), lungs – clear (another victory dance) bones – metastasis found, mass also found in head. I sat there not registering the last 2 bits of information as I was still on a high from the other areas being clear. The words ‘no cure’ were being thrown around the room, along with 3-5 year life expectancy, my world just stopped when I actually let the words in.

Surgery was not an option at this point, they started my first round of chemo within 10 days of diagnosis. But somehow I responded to the chemo and the mass in my breast started shrinking almost immediately, by the third dose I had a normal breast again. They then introduced Herceptin to my cocktail, this was a good thing and I kept responding. After chemo, tests revealed the mass in my head had disappeared and the mass in my breast was almost nonexistent (considering the original size, this was nothing short of a miracle), surgery was confirmed. I had great pleasure with that big win! I had a bilateral mastectomy with full auxiliary clearance on the left arm in October 2012. I came through this beautifully with clear margins and only 4 out of 25 nodes infected. My recovery was better than anyone expected, so they then brought radiation back to the table. Another win for me! I had 25 doses of thomo therapy between February and March 2013.

I am now on three weekly doses of Herceptin and also take Tamoxifen every night. My most recent scans reveal I have no new metastasis which is fantastic, this means the current course of treatment is working at keeping it at bay.

I have a wonderful husband who, although at times I wonder about his sanity, still sees me as a beautiful desirable woman and refuses to let this diagnosis rule our lives. My son is 13 and is just a rock, he also refuses to give in to the reality of this illness, he just keeps saying Mum you are strong you can do this. As much as I love their determination and lean on them, it is a delicate balance for me between trying to live like it doesn’t exist but also living like it does exist.

My ‘trip’ has not been all bad though. I have met so many amazing people, and I am blessed to call them friends. I have learnt to love without restrictions and I realise now that money and clothes and jewellery and flash cars mean nothing in the grand scheme of things. I missed out on so much getting those things. Now, my pleasure is in talking to my husband and son at the dinner table and being a part of their lives.

What lies ahead of me scares me every day, but I take one day at a time and do everything I can to help my body and mind get through this.

Roll up a tea towel, wet it and freeze it.  When frozen, place around your neck or forehead