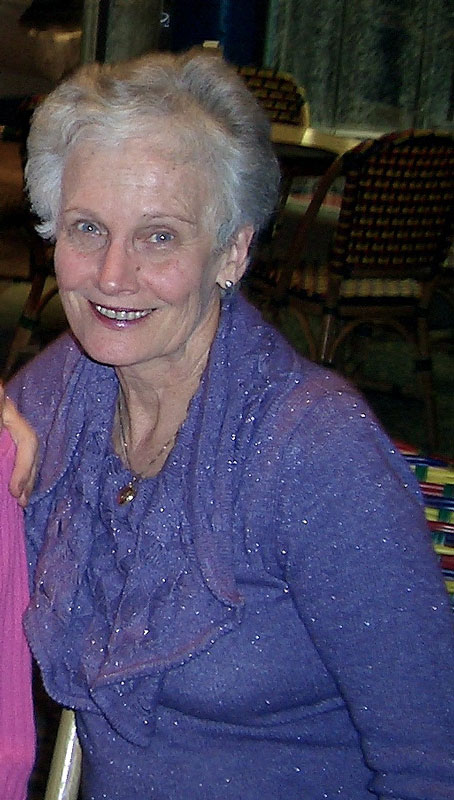 BEGINNING OF JOURNEY In March 2003 I went for my regular mammogram and some days later received a call at home for a recall. It never entered my head that it was anything serious, and as I was about to set out for Mackay for work, I told them I would contact them when I got back.

I finally went for a follow-up appointment and a rather serious discussion (I thought) with the female doctor in charge of the clinic. She told me the result of the needle biopsy would be back in 3 days (on my birthday) – and to come to the clinic with a relative or friend. I still didn’t twig and I remained confident that I would be O.K. I was reluctant to ask my 28 year old son as he had only just arrived in Townsville after a rather stressful 3 years teaching in Japan. However, in the end my dear friend and neighbour (who herself had had a double mastectomy) and my son came with me.

So on the 19th April – my 58th birthday and sitting between these two special people I was told I had breast cancer. My dear friend cried and my son was shocked and stunned – I spent my time consoling them, not really grasping what this would mean for me.

I had a lumpectomy and the removal of 6 lymph nodes as well as an internal mammary node all of which proved to be cancerous. I was reluctant to have chemotherapy but I flew to Brisbane for a second opinion. I learnt that mammograms were anything but a reliable diagnostic tool in many cases – although their promotion suggests otherwise. Anyway, in order to reassure my family and myself that I gave it my best shot, I decided to go ahead with the chemo and radiation, which I completed towards the end of 2003.

In September 2003, my brother very kindly paid for me to attend the Ian Gawler 10 day retreat in the Yarra Valley. I enjoyed the 10 days immensely and met some incredible people.

DIAGNOSIS OF SECONDARIES By July 2004 I was reporting pain in my hip. Six months later, following months of assurance by my GP that it was probably arthritis, I was diagnosed with bone metastases in the right ileum bone (pelvis). I had 3 weeks radiation at they Wesley.

In February 2005 I made the hard decision to move from Townsville to Brisbane. Partly because my mother who is 85 is needing me (and I need to be closer to her) partly to be a little closer to my son and daughter and my brother. I have a couple of close friends in Brisbane and have been pleased to make contact with women from this Support group as well as the Dragon Abreast paddlers.

ABOUT ME I am now 61 years told, divorced since 1991 and the mother of two adult children – a son, 32, who lives in Sydney and a daughter who is 34. I had enjoyed the 22 years I’d spent in Townsville working as a project officer with Commonwealth Health & Ageing, at one time being active with the women’s movement in Townsville, a union delegate in my Department when unionism still counted for something, and an environmentalist fighting to save the Hinchinbrook. On the lighter side, I was instrumental in setting up a successful Singles Club in Townsville for women and men over 40 – it was lots of fun and offered a wonderful social life and some good friends.

Juices with fresh ginger may help with nausea.