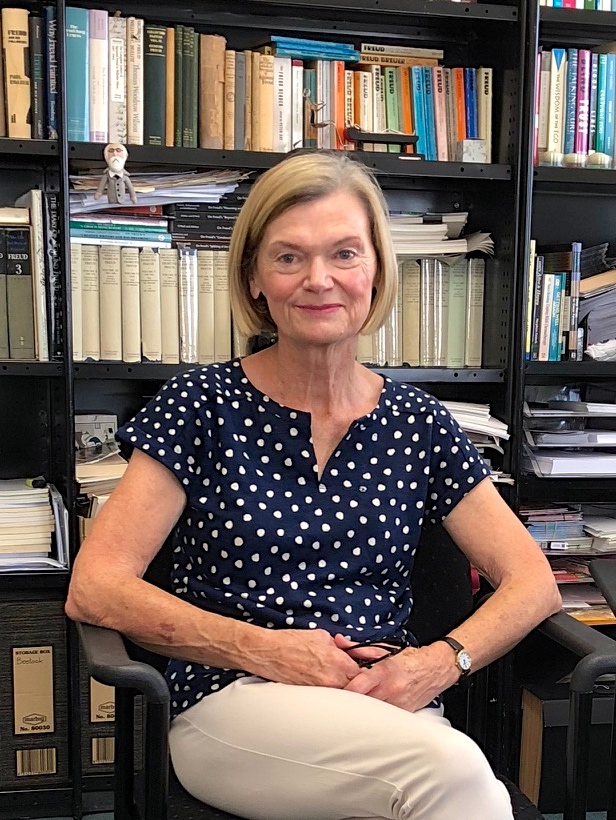 I was first diagnosed with HR+ invasive ductal breast cancer in September 2000.  I had a left mastectomy, 6 months of chemotherapy followed by 5 years of Tamoxifen and 2 years of Femara.

All was well until October 2015 when I noticed that my sternum was not sitting flush with the chest wall.  I didn’t really worry about it too much, however a couple of weeks later, I noticed the lower end of the sternum had begun to distort to the left.  I saw a GP and she ordered ultrasounds, scans etc.  The results were extensive metastases in my sternum, 3rd, 4th and 5th ribs and a spot on my lower spine.  I was quite surprised at this as I always believed that if cancer came back in your bones, you would have pain.  I had absolutely no pain and I still don’t have any pain right now.

Back to my original oncologist.  I was started on Femara and he also recommended radiation.  I had five weeks of radiation to my sternum, ribs and underlying lymph nodes.

All was stable for nearly 18 months.  In April 2017, on a routine scan, two lesions were found in my liver.  Femara was stopped and I started on the Affinitor/Aromasin combination.  This worked really well at keeping the cancer asleep, but unfortunately after nearly 15 months, I developed severe pneumonitis in both lower lobes of the lungs as a side effect of the Affinitor and unfortunately, this treatment had to be stopped.

After a course of Prednisone to lessen the inflammation, in August 2018 I was started on Capecitabine (Xeloda), an oral chemo.  20 months later I am still on this.  I have had two dose reductions to lessen the effect of Hand/Foot syndrome which is a known side effect but otherwise tolerated well.  In November 2019, a small nodule in my right lung was seen to be getting bigger.  My oncologist ordered a biopsy to rule out a primary lung cancer.  I had a bronchoscopy and biopsy at the Mater.  In a strange way, it was a relief to find out it was the devil I know (breast cancer) and not a new devil to deal with!  Rather than stop the Capecetibane (Xeloda) which had kept the bones stable and shrunk the liver tumours to minute dimensions, he thought a few zaps of radiation to these rogue cells as he called them, would do the trick.  Starting on 2nd January 2020, I had five sessions of stereotactic radiation to my lung with really no side effects to speak of.  My followup scan in mid-March 2020 showed no new tumours anywhere with the bones and liver all stable.  There was some inflammation in the lung but the radiation oncologist who also saw the scan, was also quite happy with it, just the radiation still doing its thing.  So the journey continues.

I am 68 years old and live alone in Carindale, Brisbane.  I have four children, three boys and a girl, ages ranging from 41 to 33 years.  Two of my sons and my daughter are married to very supportive and lovely spouses.  The children and my two brothers and their wives have been a constant source of comfort, laughter and support over the last few years and for that I am very grateful.  I have four grandchildren, three boys and a girl ages 7, 6, 3 and 3 and another little one due mid-April.  I looked after the two 3 year old’s (two boys) two days a week before Covid-19 and really enjoyed those days.  I hope they return again soon.  All the grandchildren give me love, entertainment and fun.  I also have a lovely group of longstanding close friends who keep me socially active and connected to the normal world as well as driving me to scans, doctor’s appointments etc.  I’m very lucky there as well.

Also, thanks to Mary and Pia, I look forward each week to connect  to all you other ladies on this bumpy ride.  The sharing of information and the understanding of what it’s like to live with this disease is so important.  Long may we and it (the group) continue!