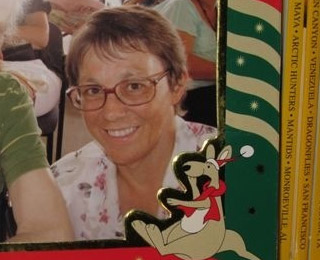 My cancer journey began in early September 2004 when I found a lump in my left breast the size of a small orange. It took me until the end of the month to get the courage to see a doctor. I didn’t tell anyone until then. I had a lumpectomy and lymph nodes removed on 13th October followed by a mastectomy on the 20th. In the lump were 3 tumors and 5 of the 10 lymph nodes taken were cancerous.

I declined radiation & chemotherapy as I was given higher than a 50 percent chance of it returning even with treatment. Tried a diet of mainly vegetables & fruit and had as many as 50 apricot kernels a day. It didn’t work.

Enlarged lymph nodes were found in March 2006 but I declined an operation to remove them as they said I had a very high chance of paralysis in my left arm (I wanted my arm to work for another 50 years) and in my opinion it was hardly likely to stop the spread as the first operation hadn’t been effective in that respect.

In January 2007 pains in ribs led to identifying the disease in my bones and liver.
Had palliative radiation in March which immediately eliminated the terrible pain in my lower spine and I started herceptin and chemotherapy in April. Interestingly I was told that because I had had no previous treatment it was likely to be more effective. Have had chemotherapy off and on ever since and luckily don’t seem to suffer many side effects which may be because I have an infusion of 8gm of Vitamin C, a mix of B vitamins, Trace Minerals & Zinc every week that I have chemotherapy.

A brain tumor was found on 31st December 2010 but with radiation in February this year it is no longer showing on scans. I am having weekly chemotherapy at the moment and am back on herceptin. I am also having Zometa monthly.

I live alone in a house on two and a half acres in the rural residential area of Curra. Don and I had the house built to lockup stage and finished the inside together. We purchased the property in 1998 and moved into the unfinished house in January 1999. Sadly Don died in April after about two years in a nursing home. He was not happy where he was but as he had a leg amputated and had Alzheimer’s I couldn’t take care if him anymore.

I was a telephone operator on the International Telephone Exchange in Auckland when I met Don in 1978 and from 1982 we owned different businesses. First a convenience store and a laundromat and finally a café and flying school on Ardmore Airfield in NZ. We had a Cherokee 140 and we both had private pilot licenses. Our passion was aviation. (A hole in the sky to pour money into.) We closed the doors of the café when we realized that we were just losing money. A couple of years later we migrated to Australia.

I have belonged to the local Rural Fire Brigade since 1999. Until 2007 I loved going out on burns and wild fires but had to reluctantly stop when my bones became diseased. Took on the job of treasurer about 2002 and still enjoy that roll.

I do not have children but I helped Don raise his son Murray. He has a lovely daughter Karyn who is older than Murray and a very generous lady. She & her husband shouted me a cruise with them last year.

Mum lives in Caboolture. I have two sisters, one in Mt Isa, and one in NZ, and five brothers. Three brothers live in NZ and two live in Australia, one in Brisbane & one in Katherine.

We had a fantastic childhood in New Zealand in a village called National Park which is in the middle of the North Island with Mountains Ruapehu, Ngarahoe and Tongariro on our doorstep. As Dad was born in Australia (in Murgon) it’s not surprising that half of the family have migrated here. I first came to Aussie in 1967 when I left home and have made many trips back and forth.

I have terrific neighbours and my buddies from the rural fire brigade keep a check on me.