Blue Skies – A Song for the Group

Home / The Group / Blue Skies – A Song for the Group

“Blue Skies” was composed especially for the group by local composer Bernard Houston as part of his 52 songs project. Bernard was inspired by the courage of women involved in the group. The song was used in the soundtrack for our new DVD “Walking Beside Her: a Partner’s Journey with Secondary Breast Cancer” and captures the sentiments of many women.

Look up, nothing but blue skies stretched out
Arms behind my head and though
When I started on this journey I was raw
And the hand that I was dealt seemed so unfair
Now I’m content with these – these sweetest days

Reach out, nothing but air in my way
And though my life seems so short
There are still some things that I intend to do
And what once seemed so important seems so small
Now I’m content with these – these sweetest

Days they sparkle with small moments
Treasures kept inside my mind
Precious photographs of these sweetest days
Blue skies. 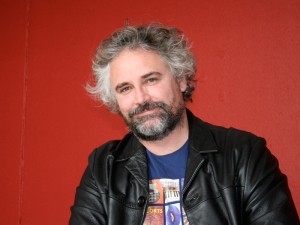 Bernard Houston is a composer with a wide palette of compositional and arranging techniques. He began song writing with folk/pop group Mythica whose album East of the Sun – West of the Moon received three Queensland 1997 “Sunny Awards” including best album and best song. His first staged cabaret The Cappuccino Cowgirl sparked an interest in how music can convey a story. Through the Judith Wright Centre of Contemporary Arts “Emerge Project” he composed and worked as musical director for numerous theatre and cabaret performances including, Batavia, Getting Betterer All the Time, The Carbon Footprint Cabaret and Symphony in a Flat. Other theatrical highlights include Flicking the Flint with an ambient electronic score that in the words of the Courier Mail “underscored the dual atmospheres of nature’s splendours and menace”. His own work Voyage to Prester John was shorted listed for the 2010 National New Theatre Music Development Program.

In 2010 Bernard set himself the personal challenge of writing, arranging, recording and distributing via Facebook a new song each week for a year. The 52 Songs project attracted a strong online following and featured songs were broadcast in Brisbane and Canberra on ABC AM. In addition the song Tender Reeds was highly commended by the Queensland New Film Makers Awards as part of the sound track of Dunkirk and Blue skies has been adopted by the Advanced Breast Cancer Group in Queensland to promote their cause.

Putting cream on your hands and then wearing plain white cotton gloves can help soothe and protect very dry skin.  These gloves can be purchased at the major supermarkets.

Any cookies that may not be particularly necessary for the website to function and is used specifically to collect user personal data via analytics, ads, other embedded contents are termed as non-necessary cookies. It is mandatory to procure user consent prior to running these cookies on your website.