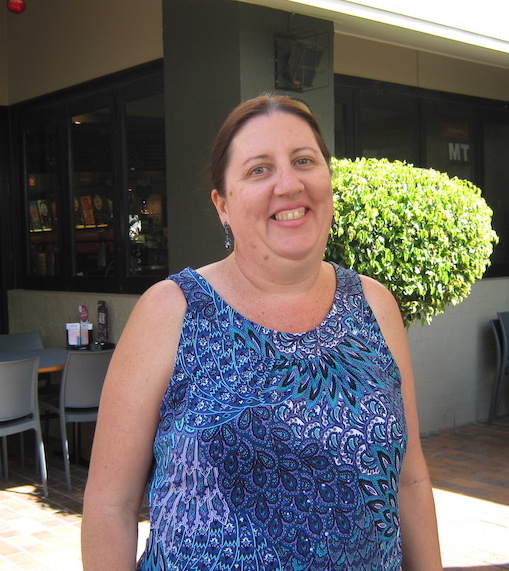 So a little bit about me …. I am 42 years old and I live on the south side of Brisbane. I live on my own and value my independence. I am not married and don’t have children and am the oldest of seven children (five of us in the Brisbane area) with quite a few nieces and nephews. I work in a government job that did involve working 24/7 shift work for 18 years. I have been extremely fortunate to have been able to work a few half-day shifts a week from home while undergoing treatment. I’m not sure what my work future holds for me. My main passion is music (especially live music) and I love to read and spend time every day walking. I enjoy spending time with friends and family and also love being at the beach and travelling.

I was diagnosed with breast cancer on 04/07/2018. It was realised about a month later that I had metastatic cancer after a bone scan was ordered by the lovely breast care nurse at the hospital during preadmission for my lumpectomy. Prior to being diagnosed, I had severe right hip pain and had gone to my GP quite a few times and had only received painkillers (and eventually an Xray which did show a lowering between the vertebrae but certainly no indication of cancer). After the bone scan, the diagnosis was de novo oligometastatic breast cancer. A few days after the secondary diagnosis, I ended up in the oncology ward of the hospital as I had peripheral neuropathy to my fingers and toes. I thought I was okay and ready to go home by the end of the day but 5 days later I was still there. A bone biopsy confirmed that it was indeed metastatic breast cancer.

My breast cancer is hormone positive and due to being premenopausal, I was injected with goserelin (Zoladex) to induce menopause and stop the production of oestrogen.

While in hospital, an MRI showed that I now had a fracture to one of my vertebrae and the pain was extreme and my mobility was severely impacted. All attention was now on the fracture to the spine and alleviating any pain. Breast surgery was cancelled for now.

Eventually it was decided that I would have stereotactic radiotherapy which is very precise and very high dose and there might be a chance that they could completely get rid of the tumour in my spine. The only downside was that I had to be patient and go through the process of another planning session and then a simulation session and then the treatment which would be once a week for two weeks. The doctor was so patient in explaining everything to me and it gave me great hope. This process was completed in September.

In the meantime, I was receiving monthly injections of Zoladex and Denosumab (a bone strengthening medication). I also started on the ribociclib/letrozole medication and things seemed to be going really well, all things considered.

I really wanted to have the lumptecomy as I could feel the lump getting bigger (even though I was reassured that all the medications would be keeping things at bay) and eventually the lumpectomy was completed in November. At the followup appointment, I was advised that there were positive margins but that in my case “it didn’t affect my survival rate”. When I asked what my survival rate was, the junior registrar excused herself and left the room! In any event, a re-excision occurred and it came back with good results and it was advised that I would now have to do 20 rounds of radiation to the breast. In the middle of this process, I was booked in to do restaging scans. Unfortunately, the bone scan showed that the original tumour in the spine had slightly grown and there were other tumours in another vertebrae (T12) as well as my right sternum. Then I got shingles which apparently is fairly common due to having a suppressed immune system. Needless to say, I was extremely happy when the radiation to the breast was completed. At my next oncology appointment, I mentioned I had been having right hip pain again and was referred to do an MRI. Unfortunately the MRI showed that I had numerous other bone mets in my spine as well as a partially collapsed vertebrae. Now I am having to make a decision about the second line of treatment.

I really enjoyed the workshop in March where I met quite a few women in the group and got a lot out of the sessions. I feel very fortunate that I have found this group and want to say a big thanks to everyone for making me feel so welcome and to Pia and Mary for all that they do.